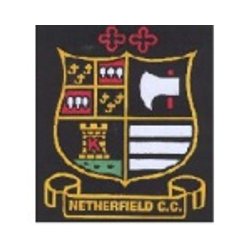 Under 19 - Clubs
Other clubs 

Netherfield Cricket Club was founded in 1893 out of the Shoemaking Factory in Kendal, later better known under the brand names of K Shoes and latterly Clarks Shoes. Originally all players were employees of the factory.

The Club became founder members of The Village Combination along with Gatebeck, Holme, Burton-in-Kendal, Levens Hall, Sedgwick, Milnthorpe and Arnside.

A 2nd XI started in 1929, following the 1st XI move into the North Lancashire League in 1926. They were Higson Cup winners in 1932 defeating Vickerstown and were League runners up in 1933 & 35. It was 1953 before the only Championship was secured and 6 years later they moved on again joining the Northern Cricket League.

Ever since 1980 when the first non resident overseas Professional was signed the club has gone from strength to strength. He was Trevor Docking, a Tasmanian State player most famous for putting Dennis Lillee over the Mound Stand, but he was a catalyst in building a good Club spirit which has carried on ever since.

The Club dominated the County Cup competition the Henry Meageen Trophy winning it 6 times during the 80's and runners up in the Northern League.

The 90's has seen the momentum grow and culminated in the Northern League Championship being won for the first time in 1997 after 39 years. The following year the Championship was retained.

The ground is certainly one of the most picturesque in the country lying under the shadow of the remains of Kendal Castle, one of the original Roman Camps that guarded the route to the Scottish Border. The Castle was the birthplace, and childhood home of Katherine Parr, the sixth wife of Henry VIII.

The Cricket Club now provides four senior Saturday sides and four Junior teams all playing competitive League cricket. The Club were pioneers in establishing an all weather wicket in the County and are just about to embark on a third mat. On the edge of the Lake District, well known for its rainfall, this move was essential as were the artificial practice wickets to improve the possibility of play.

Cumberland County Cricket Club, one of the Minor Counties, have used the ground as one of many in the County, on alternate years until 1982, since when the improved ground, wicket and facilities have encouraged the Club to use it each year. Netherfield have staged four Nat West Trophy games against First Class Counties, Derbyshire in 84, Lancashire 89, Leicestershire 94 and Sussex last year 1999.