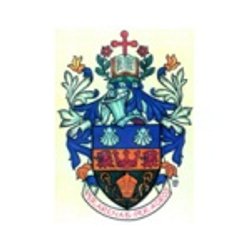 The first recorded cricket match involving a team from Bolton-le-Sands first took place in August 1877, and was recorded in the Lancaster Guardian under 'District Intelligence'. (see report below). It is thought the match may have taken place on a field close to where Brookfield Terrace is now, called Jackson's Field. After this initial match, friendlies were infrequent, but matches did take place, including Morecambe's first match in 1889. By the early 1900s however a regular series of fixtures were played against local sides, such as Carnforth A, (a derby match even then!) Bailrigg, Yealand, Bowerham and there is evidence that a 'club' had been formed with the local schoolmaster George Henry Armstrong recorded as club secretary in the 1912/13 Bulmers Directory.

By 1929, the Club had succumbed to the pull of competitive league cricket and entered the Lancaster & District League, now playing home matches on a field up Ancliffe Lane. Early seasons were a struggle, but eventually the club managed to move up the divisions, before the Second World War broke out in 1939.

The Club reformed after the War, but played mostly friendlies, this time on the sports field behind the Packet Boat Hotel. In 1952, the Club re-entered league cricket, but decided to join the ever expanding Westmorland League. 1953 saw the club win the Third Division, and by the following year, the Main Road ground had been purchased. Such was the interest that a second eleven was formed, playing friendlies, until joining the District League in 1956, and then the Westmorland League in 1965.

Since 1956, the club has maintained two sides in Saturday league cricket, and with varying degrees of success. Obvious highlights include the many cup victories, starting in 1964, with the inaugural Westmorland Knock Out Cup, when the first team beat the mighty Burneside. For every year from 1984 to 1994, the club was involved in at least one final. 1993 saw both teams win their respective divisions, (and lose their divisional cup finals!) and the following year the first team did the cup double.

The club also maintains a junior section, currently U13s and U11s, and this has proved to be a success with many players progressing to the senior ranks. A midweek eleven was formed in the mid 1980s and continues to provide a relaxing alternative to weekend matches.