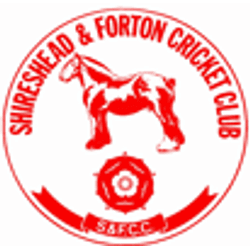 Cricket matches in the area south of Lancaster can be traced back to 1851, but the present Club's origins were at nearby Bay Horse in 1909. Until 1975 the teams played in the Lancaster and District League, and we were 1st Division champions in 1970, 1973 and 1974. We joined the South Lakeland League (now renamed the "Westmorland") in 1976 and we have won many of the cup competitions, as well as the League Championship in 1989 and 1990. The junior teams had some notable successes in the 1990s, such as the winning of the Cumbria County Championship by the under-15s in 1998. More recently, the under-24s defeated Warton to win the knockout cup in 2007. Over 80 juniors signed up for the 2008 season, and we have entered competitions for U-11s, U-13s, U-16s and U-24s.

During the last 30 years the club's facilities on and off the field have been continuously improved, and most recently there was an extension to the ground to create a longer boundary on the eastern side and more room for nets, as well as a much-needed extension to the car park. After the 1999 season, the square was intersected by 12 new land drains, and new covers were acquired and have already proved their worth. More draining of the outfield was completed in recent years.