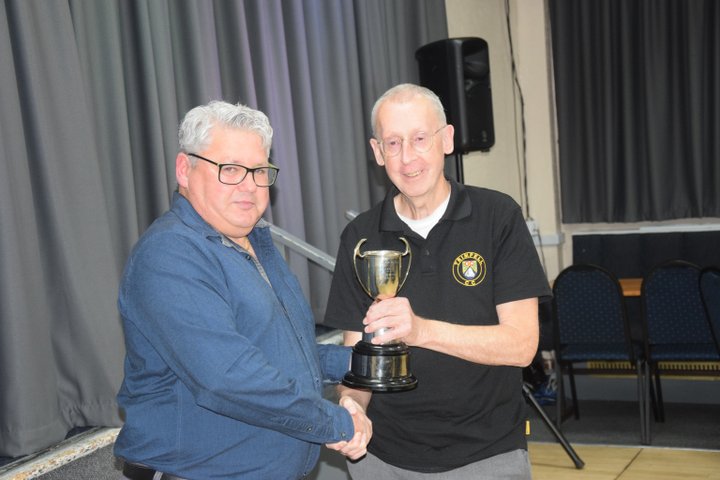 The Westmorland Cricket League held its end of season presentation evening at Trimpell Social Club on Saturday. The prestigious League Achievement Award was presented by Peter Wilson to Peter McDermid who made his debut in senior cricket for Trimpell on the day of the World Cup final in 1966, went to Sheffield University where he played for the University team on grounds like Edgbaston before enjoying a spell at Morecambe in the Northern League prior to his return to Trimpell. At Trimpell, Peter has been responsible for the ground where he has created one of the best cricket pitches in the area, has been the opening batsman and a stalwart slow bowler but his greatest achievement has been in the development of young cricketers. Not only those now playing at Trimpell, but also at Heysham, Morecambe and other clubs, many cricketers had their first experience of the game thanks to Peter’s coaching and development.

In making the presentations, Peter Wilson made particular mention of the achievement of Stan Collinson who won the under 19 batting awards in both Divisions 2 and 4 whilst making over 1000 runs for Shireshead during the 2022 season, and of Heysham’s Richard Townsend who celebrated his 60th birthday in style by making his second hundred of the season.

Division 1 Team of the Year

Division 2 Team of the Year

Division 3 Team of the year

Division 4 Team of the Year

Most Improved Ground of the Year

Final weekend preview  Who will win the Division 4 title?