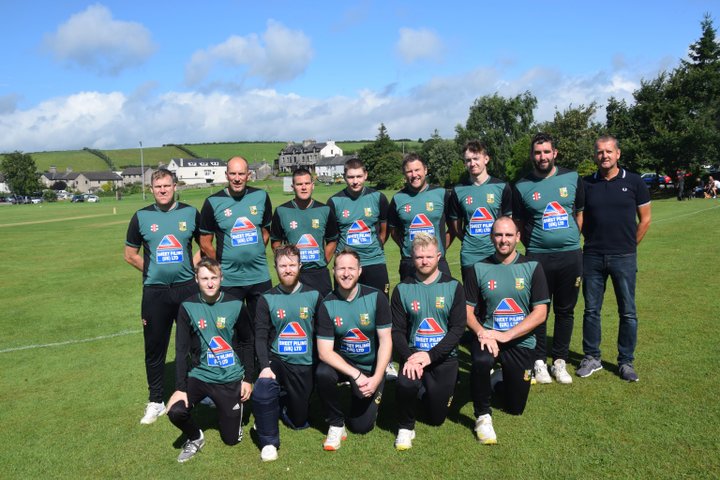 A big weekend for Heysham whose 1st team has the chance to return to the top of Division 1, whilst the 2nds can secure the Division 3 Championship.

In Division 1 there are games on Saturday and Monday. Heysham can return to the top of Division 1 with a win today against Kirkby Lonsdale, whilst Westgate twiddle their thumbs as they should have been playing Trimpell. Heysham play another struggler Kendal 2nds on Monday whilst Westgate have a tougher game at home to Sedgwick.

Shireshead 2nds can secure second place in Division 2 while Sedgwick 2nds will hope to build on their win last week, whilst Windermere’s game at Silverdale takes place on Sunday.

On Sunday, Heysham 2nds can secure the Division 3 title away at Woodhill Lane against their nearest rivals as long as they avoid defeat. The John Thexton Trophy is awarded the team with the most points per game in any Division and at present Heysham 2nds have four more points than Holme from the same games.

Division 4 is a four team race for the championship. Bare 2nds, Morecambe 4ths and Shireshead 3rds will all be hopeful of wins whilst Burneside 2nds have already garnered 30 points from the weekend after neither Netherfield 4ths or Ingleton 2nds could raise a team.

Westgate extended their lead at the top of Division 1 to 9 points by virtue of a 15 point win at Kirkby Lonsdale, whilst Heysham gained 12 points at Bare. Craig Buchanan (65) hit his sixth 50 of the season, and Phil Harvey (32) and Chris Carter (32 not out) enabled a declaration on 195/7. Henry Treverton took 3/34 for Kirkby who lost early wickets. James Royce (32) provided resistance but with Sam Conroy taking 4/25, the home side was dismissed for 79. Liam Burrow (32) and Archit Bhadwaj (31) took Bare to 110, Sam Calverley taking 4/25 to pass the 30 wicket milestone. Andrew Ideson (30) top scored as Heysham won by 7 wickets. Third place Shireshead got off to a good start with Tom Jacques (43) and Joe Cunliffe (50) adding 82, which Robbie Jacques capitalised on with 69 not out from 50 balls. Chris Howsley took 5/45 to restrict Shireshead to 237/7. Dave Jack (4/55) took early wickets reducing Arnside to 44/5 and despite a stylish Ben Lenton (41) cameo the visitors were all out for 156.

Rain stopped play with the Burneside posting 244-8, after a third hundred for the League’s leading run scorer Ben Phillips (103) which takes him to 749 League runs for the season at an average of 74.9. Skipper Ben Leacock (34) celebrated his 30th birthday later in the week by hitting 30 in a over and there was a quickfire 44 from Ethan Elwood. Sedgwick were 65-5 of 18.2 overs with Leacock taking 3-17 before rain arrived. The rain also spoiled an intriguing encounter at Shap Road where Kendal 2nds had reduced Milnthorpe to 16/2 in reply to 124 all out. Thomas Shuker (28) and David Batty (27) were the main scorers whilst Luke Baldwin took 3/36 for Milnthorpe.

Holme are promoted following a 6 wicket win against Ingleton, but are still to be confirmed as champions after Shireshead 2nds beat Netherfield 3rds by 3 wickets. Mark Hughes (53) and Huw Sharpe (34) enabled Ingleton to score 134 with Kieran Hunter (3/13) making the early incisions Lee Barnes taking 6/41. The Holme all rounder has taken 42 league wickets at an average of 7.88. Joel Bibby (33) and Liam Teasdale (33) completed the 6 wicket win as Graham Kellett (3/36) passed the thirty wicket threshold.

The game of the day was at Sedgwick 2nds where the home side gave themselves a chance of avoiding relegation with a 5 run win at home to Windermere. Windermere bowled out Sedgwick for 79 as only Dan Lawson (37) made double figures, as Dan Sykes took 5/36. Windermere were 60/4 (Sykes 22) before in a whirlwind spell, Adam Kershaw (6/8) took 4 wickets for 1 run in the space of 10 balls. Sedgwick are now 11 points behind Windermere and 15 points behind Netherfield 3rds with 4 games to play. Ambleside’s trio of James Greenwood (3/32), Adam Wood (3/42) and Nick Macdonald (3/29) dismissed Silverdale for 132. Seven batters made double figures, but Rob Letcher’s 18 was the highest score. Wood (34) and Harvey Upton (62) gave Ambleside a 5 wicket win.

Lewis Spurr (52 not out) carried his bat through the Carnforth 2nds innings to make a maiden 50 in senior cricket. With Glenn Russell making a run a ball 51 a competitive 168/9 was scored, Samuel Eccles taking 3/20 for Coniston who blazed their way to a 5 wicket victory. Richard Ivison was the man responsible with a destructive 91 from just 49 balls, including 15 fours and 2 sixes. Westgate 2nds scored 205/5 with fifties for Dave Hughes (59) and Joel Frith (61 not out) and 34 not out from Sunil Naikwadi, whilst Chris Gallagher-York took 3/45. Cartmel were in contention while Joe Cowperthwaite (31) was at the crease, but his dismissal to a fine catch by Frith meant Kevin Williams (31 not out) was able to feast on some easy pickings amidst defiance from Andrew Holmes as Cartmel saw out the draw on 128/5.

Heysham 2nds are promoted from Division 3 after Kendal 3rds conceded their game on Saturday and with Morecambe 3rds grateful that the rain arrived after they were 37/3 chasing the imposing 218/5 made by Leven Valley thanks to Nico Banks (70) and Kyle Hinds (88). Heysham only needs 6 points from their last 4 games to win the Championship. They can do it at Woodhill Lane on Sunday as the top two meet. Paul Thompson (56), Louis Armer (42) and Mike Logan (30 not out) were in the runs in Trimpell’s 178/6 which proved too much for Milnthorpe 2nds who succumbed for 40, Steve Beniston taking 4/17 and Danny Halstead 3/2.

Bare 2nds have a 21 point lead in Division 4 after Jonathan Sudell’s 45 enabled them to score a modest 117 with Marcus Oates taking 5/25 for Burneside 2nds. Burneside’s hopes evaporated as only Mark Ward (43) made double figures as his side were dismissed for 67. Lauren Burgess (3/23) and Zak Albon (3/19) did the bulk of the damage. Morecambe 4ths are in second place. Skipper Ryan Grime (35 not out) was pivotal in 115, as Simon Williams (3/29) and Bradley Marshall (3/35) were on song for Ulverston 3rds. David Noonan (23 not out) was left stranded 18 runs short as Dineshmanickam Annadurai (4/19) passed the 30 wicket mark at the outstanding average of 6.91.

It was a good personal weekend for captains as Sunil Naikwadi (78 and 6/31) will attest as he made his highest score for Westgate and took his third 5 wicket haul of the season. Jim Craig (34) and Marcus Palamountain (34) played the support roles in Westgate 3rds 191/5, Simon Brown taking 3/52. Shireshead 3rds spoiled his day by winning by 1 wicket thanks to experienced pair David Sloan (40), and Paul Coulton (66 not out) who won the match from the final ball of the game. Sedgwick 3rds beat Kirkby Lonsdale 2nds by 35 runs. Callum Little (33) top scored for Kirkby in their 130 whilst there was a career best 5/13 for Ben Harvey. Only John Wright (23) provided much resistance as Niall Parkinson (3/36) led Kirkby to the win.