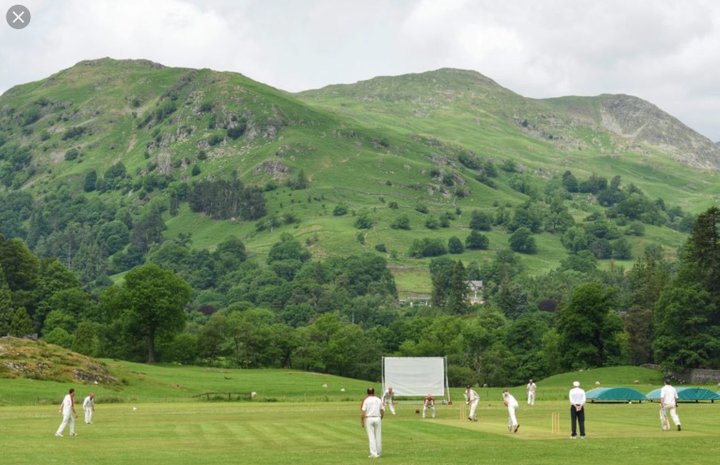 The LMC met last night to agreed plans to start the League season on either 11 or 18 July. Clearly the Prime Minister’s statement this afternoon throws that into some doubt.

As useful context,The Cricketer Magazine is reporting today that

“The ECB has been involved in close dialogue with government over recent weeks, with attempts made to lay the foundations for the sport's return among its amateur ranks.

Over the weekend, leagues across the country began making contact with clubs preparing them for a possible resumption, with the governing body briefing that an early-July return was possible as late as Tuesday morning.

The Cricketer understands that the statement has taken the cricket development world in England and Wales by surprise, with some figures only being made aware of the content minutes before Johnson stood up in the Commons.

The ECB was on Tuesday afternoon seeking further clarity from the Department of Digital, Culture, Media and Sport, and a statement is expected later.”

The WCL LMC is very aware that any resumption of cricket is subject to Government and ECB confirmation and play may need to be adapted to fit with rules on social distancing. There was some concern last week that Government might backtrack on the early July date and it has been suggested it will be helpful for Leagues and Clubs to lobby MPs for them to get the game on. A draft email has been produced for clubs and individuals to consider sending to their MP ..

If we are not able to start until August then we will need to come up with another set of plans to provide cricket in the last few weeks of the season, however the below information sets out in detail how cricket in the Westmorland League will take place if we can start in July.

Division 1 and 2 will be split into groups of 6 playing home and away, seeded on last year’s finishing positions. Division 3 will play once (9 games in total). The winners of each group will play off for a championship trophy. There will be no promotion or relegation and, everything else being equal, teams will start next season based on where they were going to play in 2020.

Fixtures will be released next week based on either a 11 or 18 July start.

All League rules approved at the AGM are suspended for 2020, except for eligibility. To get games on teams will be able to use players who have played for the senior team on the previous day, or to draw players from the pool. Clubs are encouraged to ask players to go on the pool to secure the most cricket they can in a reduced season. The aim of this is to get games on. We do not however want second/third teams to rely on senior team players at the expense of fringe players or those who would normally play for the lower division team. Where a player is to represent different teams over this weekend this still needs to be communicated to Colin Twiname, as chair of the Eligibility Committee, by email.

There will be no teas provided in 2020. There will only be a 10 minute interval between innings. For drinks intervals players should bring their own refreshments and the mid innings interval will be extended in hot weather to 5 minutes. In Division 1, for this season only, bowling restrictions will be introduced in line with those used in other divisions i.e. no bowler can bowl more than 25% of the allotted overs at the start of the game (12 in Divisions 1 and 2, 10 in Division 3). Current points systems will apply.

The feedback from clubs in the Zoom meetings was that you wanted to prioritise league cricket, but would like cup cricket if possible as well in a t20 format. Please confirm how many teams you want to enter in a t20 Cup by 9pm on Saturday. The LMC will then meet next Monday to determine the format of Cup competitions. For this season only, there is no requirement to enter a cup competition. If we were to get the go ahead for a July 4thstart then this first weekend would be used for t20. The intention would be to play all cup finals on Bank Holiday Monday in August, and that all cups will be a straight knockout.

So far Kevin Williams has received Liability Insurance Certificates from nine clubs. All the remaining clubs need to provide Kevin with a copy before the start of the season. I will also send secretaries their club’s registered players list for updating and returning please by 3/7.

League fees will be reduced to half rate for 2020, but we will still need to charge you for cost of adverts on the website.

We will be having a Captains/Players meeting on the Wednesday before the start of the season to make sure that there is a full understanding of the playing requirements and any social distancing required on the field of play and the rules regarding use of clubhouses. There will also be a debrief meeting for all teams on the Monday evening after the first round of games so we can understand if there are any improvements that need to be made.

We are contacting all our umpires to see who is willing to stand. Umpire fees will be pegged at 2019 rates in Divisions 1 and 2 (£30). There will also be a list of panel umpires prepared to stand without fees or expenses in Division 3 games – we have a number of qualified umpires that we want to make sure gain some onfield experience.

We are expecting delivery of match balls at the beginning of July.

There will be ECB guidance on what all clubs and teams will need to do to get the game on safely,

Any queries please let me know.